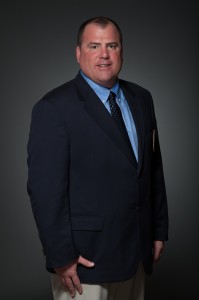 In what was our longest discussion, the committee ultimately chose Greg for our most prestigious award. Greg’s overall service to our chapter and section as well as the manner in which he conducts himself on a daily basis, he embodies the description of the award, someone who is a model golf professional.

Dane has a passion for teaching that few have. His list of accomplishments is impressive. What impressed the committee was his constant striving to have a better understanding of the swing and how to teach it in the most effective manner to his students.

We had 3 outstanding bios for this award. Connor was selected on the strength of his starting the Missoula Jr. Golf Tour. The committee was impressed that not only was the tour started again, but with the professional manner in which it was run. It was never as if this was a first year tour. It seemed as if he had been doing this for a decade.

Justin’s performance over this year was above and beyond what any Head Professional could ask for. With Ed having two knee surgeries and being in charge of the entire Canyon River development, Justin not only stepped up and did much of the Head Professional duties, but started a very successful junior program at the same time.

Scott continues to expand and grow his merchandise concession through innovative programs. He has worked tirelessly to build relationships with his players so that they come to Bill Roberts for all of their equipment needs. When considering his location, his performance is outstanding.

We had two outstanding candidates for this category. Greg’s overall numbers and growth over 2014 were overwhelming. His passion for merchandising is evident not only when you see his shop, but with the effort that he puts in his concession.

The Western Montana PGA is one of five chapters of the Pacific Northwest Section PGA. The WMCPGA is dedicated to helping chapter professionals by providing them with viable and quality programs, activities and services, and by promoting the game of golf and the golf professional.